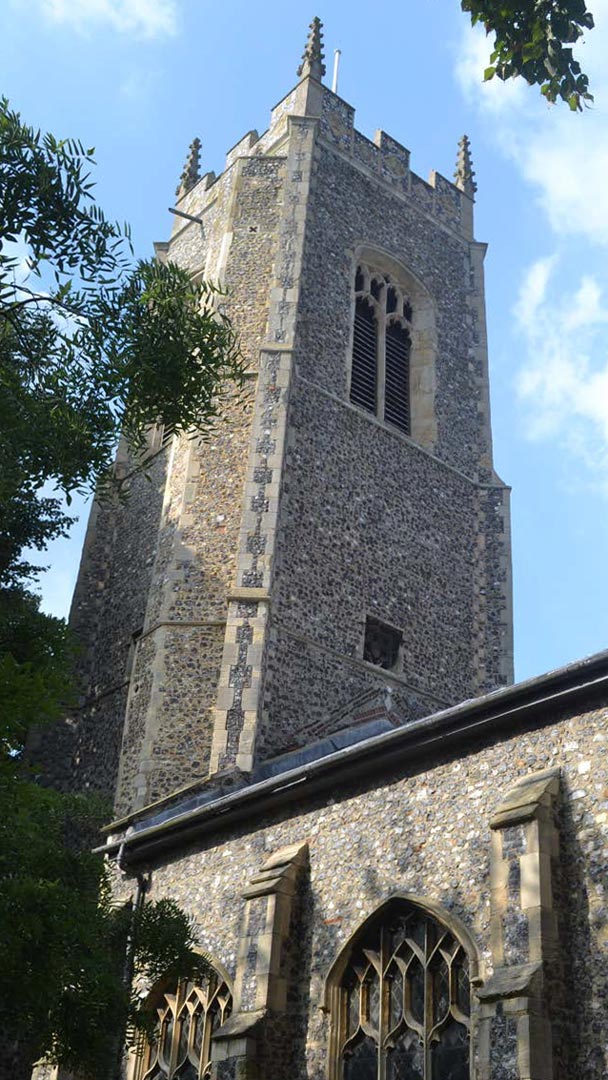 This was a late addition to the Trust’s portfolio, as it did not close until 1984.

It was used for many years by an Orthodox congregation, which moved out in 2009. They made few changes: the nave pews were removed, but the chancel fittings were left. The building was lime-washed internally. A new tenant took over in 2017 who have converted the church into a wedding and ceremonies venue called ‘The Flint Rooms’. A large conservation project is planned for 2019/20.