St Edmund’s was probably founded in the late Anglo-Saxon period due to its dedication to the king of East Anglia, 885-869.

However, nothing older than the building from the 1400s remains, when it was rebuilt. It also underwent restoration by Edward Boardman in 1882 and the interior was largely emptied of its furnishings. It stopped being used in the 1950s in which it became a cardboard box store for the factory across the street, and subsequently a shoe store for another factory. It was taken over by Norwich Historic Churches Trust in 1984 and thoroughly restored. It currently houses Call to Prayer.

The dedication to St Edmund suggests an Anglo-Saxon site. He was king of East Anglia from 855-869 and was killed by the invading Danish army. He was the Patron Saint of England until the 1340s when he was replaced with St George. The church possessed a portion of the shirt in which he was killed, making it a centre of pilgrimage, particularly for travellers on their way to the hugely popular shrine in Bury St Edmunds. 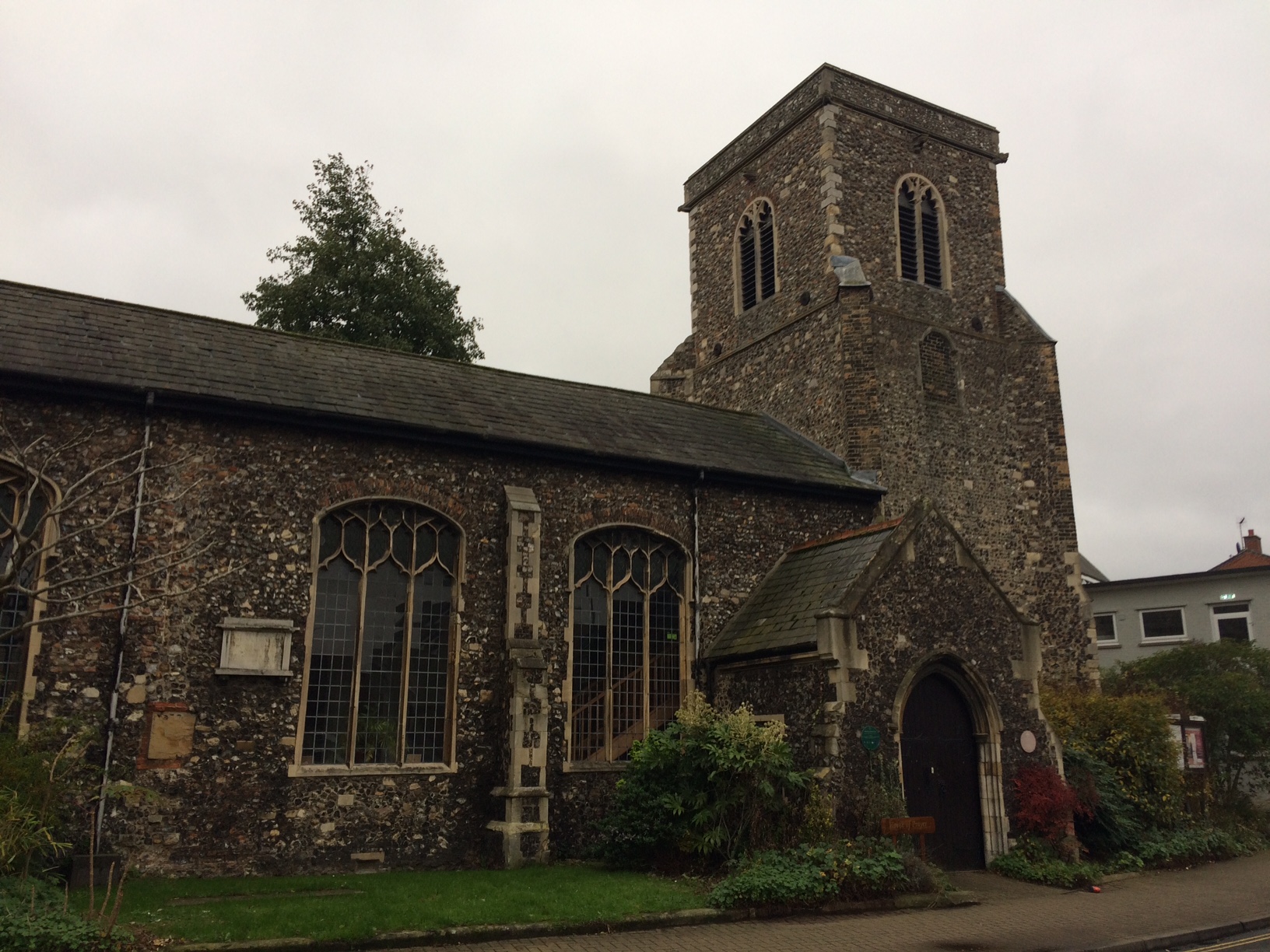 The church today is built in an entirely perpendicular style, being rebuilt in the 15th century. The south aisle runs the entire length of the nave and chancel, and was built in 1463. The tower has a distinctive outline and the size of buttresses and its flat parapet may suggest it was intended to stand higher. The vestry over-shadows the north porch and contains a Victorian Gothic chimney. 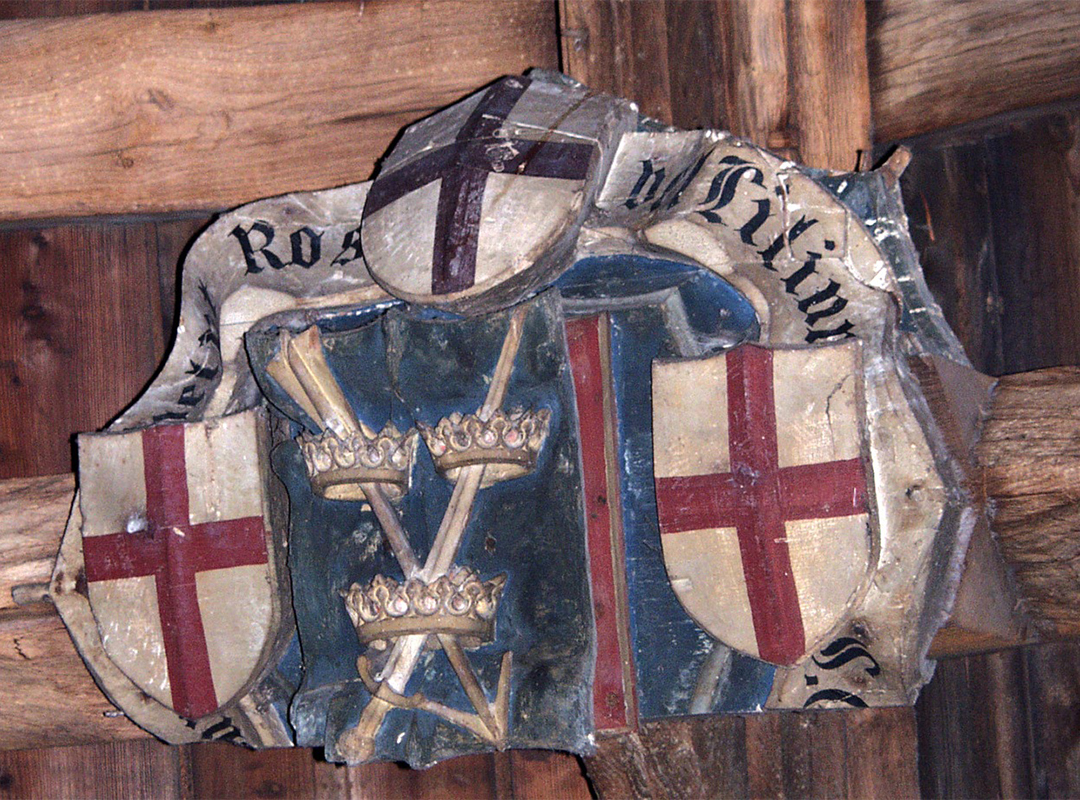 All that remains of the medieval interior is part of a large, carved and coloured boss. It shows the arms of St Edmund, with the arms of St George on either side, and the arms of the Cathedral Priory above. It is missing a fourth shield. It contains the Latin inscription: S. Edmundus, Flos Martirum, velut Rosa, vel Lilium (‘Saint Edmund, Flower of Martyrs, like a rose or a lily’), however, the first four words are now lost.

The church also contains a monument to the Maltby family. Charles Maltby Junior (d. 1790) was an eminent surgeon in Norwich who lived and worked in the parish of St George Tombland and who gave the church its clock.

In 1882, Edward Boardman conducted a restoration of the church and the interior was emptied of its furnishings. Boardman also made changes to the vestry, and its chimney, the roof and the top of the tower. Boardman’s involvement occurred shortly before the end of its liturgical life, falling into disuse before the end of the 19th century. In January 1913 a fire affected the factory that surrounded the church. Although the church remained undamaged it left the area a wasteland. The church suffered damage during World War II.

After the church ceased to be used for worship it became a cardboard box store for the factory across the street and then used as a shoe store for another factory. By 1984 when Norfolk Historic Churches Trust took it on it was severely run-down. The Trust took on its renovation and it became the scenery store for the Puppet Theatre at St James Pockthorpe.

From 1993 to 2010 it was used by Norwich Community Church, also known as the Fishergate Centre. The Norwich Pregnancy Crisis Centre took over the lease, keeping its new name, offering an advice and counselling service. The church now houses Call to Prayer, a group of Christians from different backgrounds to enable and encourage prayer, and part of the Ffald-y- Brenin Local Houses of Prayer movement. ADAPTATIONS AND REUSE As well as the initial restoration of the church by the Trust, various improvements have been made. In 1992 the western gallery with kitchen in the tower at first-floor-level, twostorey rooms in the west end of the aisle and toilets on the tower ground floor were inserted. 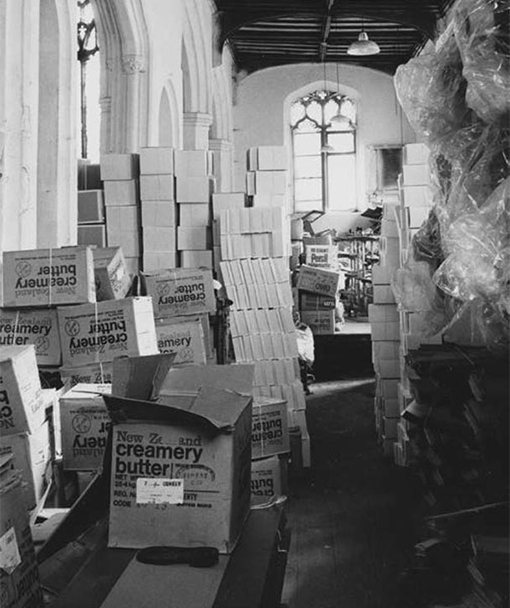